DREAMING OF WAHOO, YET SETTLING FOR MAHI 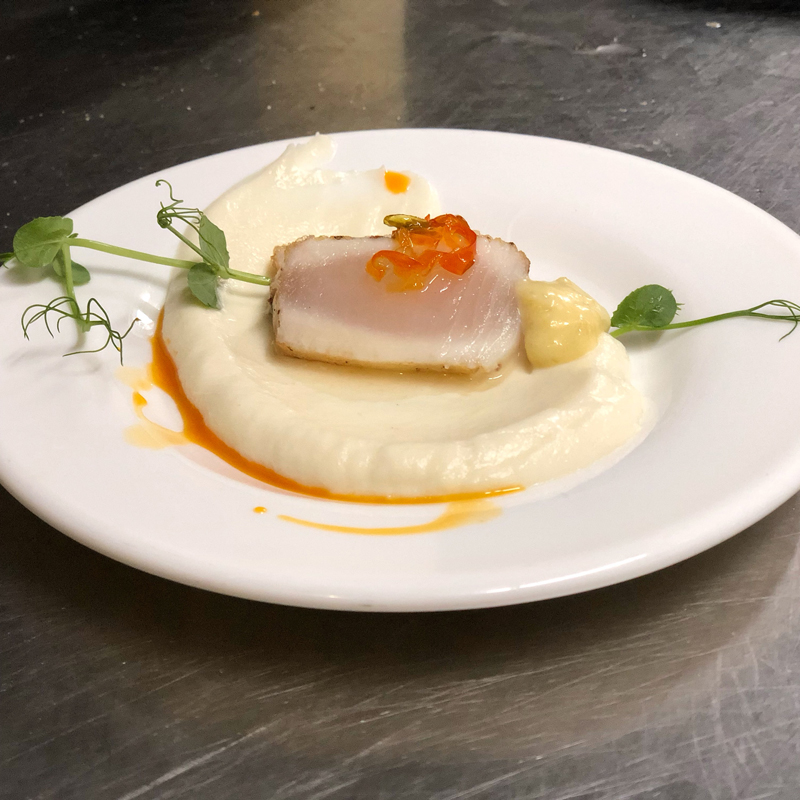 As a chef have you ever been so obsessed with a certain ingredient that it seemed as though the world may end or that the day would not go on if that specific ingredient didn’t magically manifest itself in your presence in that moment?

Oh well it happened to me. However, trust me when I say second best isn’t always as bad as it is made out to be.

Recently I was approached with the opportunity to cater alongside two local chefs from St. Croix for the Inaugural Ball at the Tradewinds Flight Center on January 8th 2019. After a handful of meetings with the planning committee the chefs were left to decide our menus. These were to be comprised of three hors d’oeuvres each. I began to build my menu and figured it would include goat, something vegan, and wahoo of course. As one would expect a tasting was in order before we could finalize, and so we met with the committee and First Lady at Un Amore for a private tasting.

Even though I had grown up on a goat farm and I knew my signature dish for the evening would be roast goat, there was something intriguing about that wahoo. Something to do with the versatility of its flaky white flesh and its ability to be prepared at different temperatures that truly caught my eye. 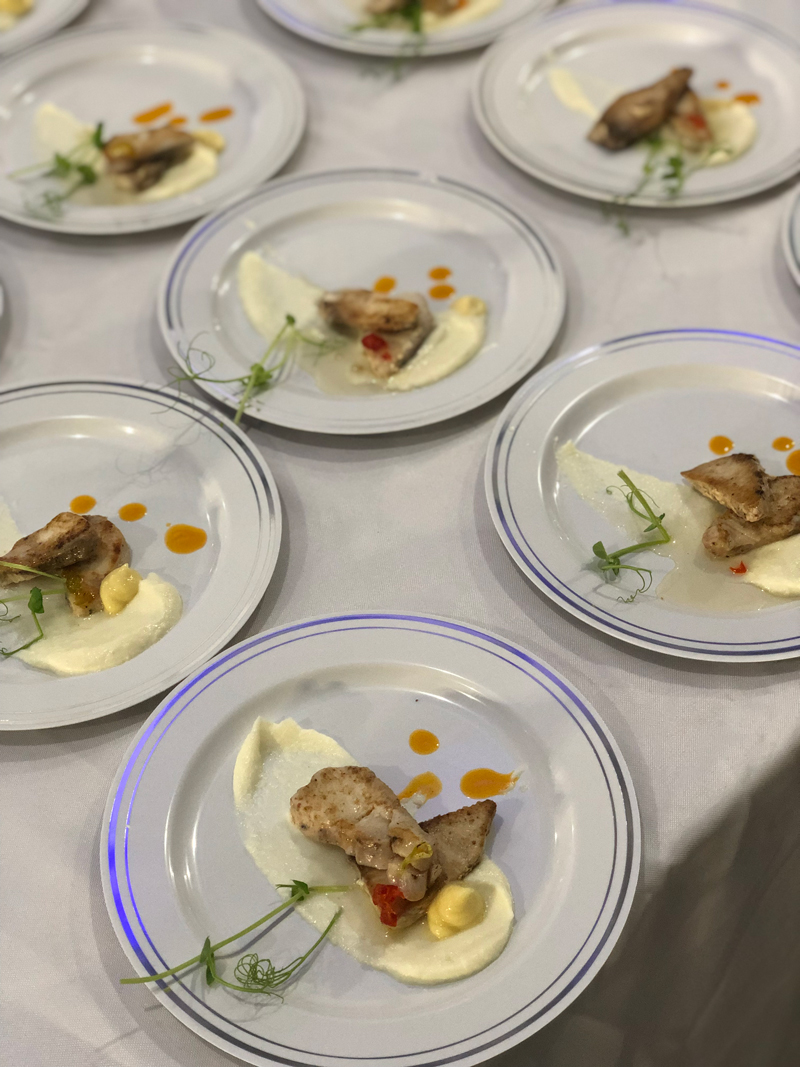 It was not until about a week later while I was considering ideas for plating that I had my eureka moment. As an artist I have always been intrigued by modern art, and as such I tend to enjoy the clean crisp look of minimalism. It was in that moment that I decided my Wahoo dish would be constructed of elements borrowed from both my artistic and my culinary backgrounds.

That would be simple. Or so I thought.

Two weeks out and yet somehow the situation was looking bleak already. As I scrolled through the recent airdrop of contacts sent by my cousin Webah, I was just calling at random. Yet one call after another and it was becoming more and more evident that the crystal clear blue waters of the Caribbean Sea were not about to cooperate with my vision. You see fishermen do not venture out deep for Wahoo when the waters are rough and thanks to the Christmas Trade Winds the waters were just that.

Calls veremale to the owner of Merchants Market in Miami, priced round trip airfare to Puerto Rico, Miami, New York…the list goes on. I mean I was now only 5 days out from the event and there was not a Wahoo insight. Not even a fillet at the local grocery store. I was beginning to freak. I just could not believe the waters had decided to deceive me in my time of need.

I had to backup and compromise. I went with my second best option, which is flash frozen Mahi.

It was the moment at which I realized the Wahoo was no longer an option that my interest in the fish app was lost. You see Mahi is normally always cooked well done and that means the flaky white flesh will separate and crumble under the blade of a knife. Given that my plating design was to include two medium rare slices of Wahoo the Mahi just was not going to cut it.

As an artist I felt betrayed. Yet, as a chef I had to make it work.

In the end I simply swapped the methods in which I prepared the fish. Instead of cooking and slicing I did vice versa.

There is always more than one way to skin a cat.